Freelance.com is a public limited company with a 6-member board which is presided over by Sylvestre Blavet. 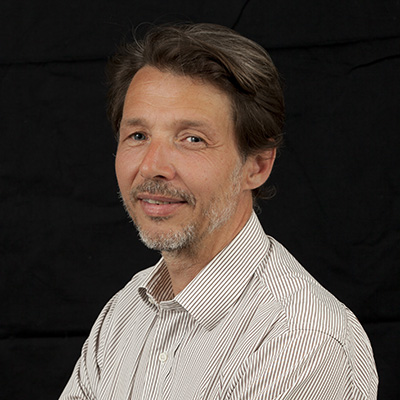 Graduating with a degree in mechanical engineering from HEI Lille in 1994, Sylvestre Blavet set up two companies between 1994 and 2000, one specialising in wine-making equipment and the other in providing personnel for fish processing. In 2000, he joined Atos as an IT consultant and moved to Dassault Systèmes in 2002, where he took charge of in-house training in 2004.

In 2006, he teamed up with the Billette de Villemeur family in its holding company Groupe CBV Ingénierie and became the company’s chief executive. He turned around its fortunes by ceasing its telecommunications activities and developing its technical assistance services. Then in 2009/2010, he developed its umbrella company services by acquiring SAGE and Ad’missions.

Sylvestre Blavet has been the CEO at Freelance.com since 26 January 2019. He is also the chairman of Groupe CBV Ingénierie, which is the main shareholder in Freelance.com.

The holder of a degree from HEC Paris and an executive MBA from Columbia University/London Business School, Yassir Khalid has fourteen years of experience in investment banking, including stints at Leonardo & Co and Crédit Suisse. His various missions have led to him specialising in the telecoms and digital sectors. A graduate of ISG, Thomas de Villemeur started out in marketing at Robeco before working for the industrial group Cinetic where he participated in the concentration of handling equipment companies for the automotive industry and airports, mainly in France and Germany. Thomas took over and restructured the Swedish industrial group Interspiro AB (breathing equipment for fire fighters (SCBA) and professional divers (SCUBA), then mainly present in the USA and Northern Europe, which he sold to the Ocenco Group Inc (USA).

Thomas was also active in real estate development and rehabilitation in Europe and the United States.

As Chairman of the Supervisory Board of CBV Ingénierie Group, which he took over in 2008, he is redeploying the historical activity of international technical assistance towards the consolidation of the freelancing and intermediation market between independent contractors, SMEs and large companies. An engineer by training, Mohamed worked in marketing at Procter&Gamble before joining Unilever as financial controller.

In 2000, he set up the Moroccan subsidiary of Freelance.com which specialises in public IT systems, and since 2010 he has developed new recruitment and temporary employment activities with the company. Having studied management (Groupe ESC Reims-NEOMA) and applied mathematics, Olivier Martin embarked on his career in 1995 in the media world, first at Grap&Gides in Lille, and then at Carat in Paris, where he founded Carat Business in 2002. From 2007 onwards, he spent 5 years at the French online marketing company Webloyalty, working with e-commerce experts and internet users and developing customer loyalty tools for platforms.

In July 2012, he joined AD’Missions as their chief executive, and under his leadership the company’s turnover grew from €45M to €90M until it merged with Freelance.com.

Claude Tempé is a graduate from the University of Paris Dauphine and holds an applied mathematics postgraduate diploma. He started in Ernst & Young consulting firm where he led significant projects to elaborate information systems for major companies. He launched his very own consulting firm in 2000, entitled CARTEM Conseil. He sold his company afterwards, to the ALTI Group in 2003 while 40 people were still working for him. He then became Deputy General Director of this company, revenue estimated at 120 M€ at that time and had 1200 employees.

Claude Tempé came to Freelance.com Group in 2015 as the CEO until 2018. Today, he wears many different hats as he is the Vice President, the Senior Advisor and the Spokesperson of the Group.

Freelance.com has a 3-member executive committee: Florent Canetti joined the Finance Department of the Freelance.com group in 2018 as Chief Financial Officer France, after 15 years of experience in finance departments with industrial companies, startups or NGOs.
Aged 44, Florent Canetti graduated from Emlyon and Aix-Marseille III in Mathematics  Applied to Social Sciences, and hold of a DU in Difficult Business Law from Paris I Panthéon-Sorbonne.

An engineer by training, Mohamed worked in marketing at Procter&Gamble before joining Unilever as financial controller.

In 2000, he set up the Moroccan subsidiary of Freelance.com which specialises in public IT systems, and since 2010 he has developed new recruitment and temporary employment activities with the company. The holder of a degree in environmental engineering from INSA Toulouse, Bernard Rozinthe has more than 30 years’ experience of developing profit centres within companies operating in the nuclear and various industrial sectors, both in France and abroad. He has also acquired experience in property development projects and hotel management.

In late 2009, he joined CBV as the head of SAGE SA, Freelance’s subsidiary dedicated to international projects. He expanded international operations from the Geneva office through two new entities: ADMISSIONS CH and ERGONOS Consulting, which were incorporated into the company in 2016. The Swiss office manages these incorporated businesses and our network of partners in Europe, the Middle East, Africa, Asia, the Pacific and North America.

As of 28th October 2021, 55,508,669 Freelance.com shares constituted the company’s share capital. The breakdown of shareholdings is as follows: